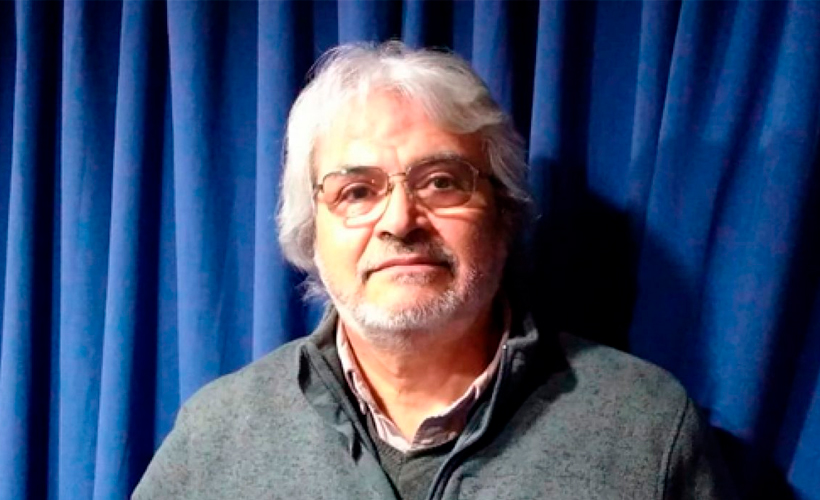 -Territorial planning is an urgent need that would enable peaceful coexistence between human activities and the environment.

Ramiro Bustamante remembers his walks through Quintero, when two decades ago, he used to go jogging with his son on his shoulders. At that time, the researcher from the Institute of Ecology and Biodiversity, IEB, traveled the coast of this bay in the Valparaíso Region, crossing its emblematic beaches such as Papagayo, Las Conchitas and Los Enamorados. He was happy, advancing through these territories surrounded by plains, estuaries and forests.
However, and as has happened in other corners of the country, this resort and neighboring territories such as Puchuncaví and Ventanas have been transformed into sacrifice zones due to the strong impact that industrial activity, installed in the surroundings, has had on health. and the well-being of its inhabitants and its environment, both terrestrial and marine. A fact that illustrated this effect were the almost two thousand consultations for intoxication, vomiting and headaches, which were received in the second half of 2018, and which directly affected the inhabitants of these localities.

And although these events and the current contingency have made it necessary to accelerate decontamination and decarbonization processes -with the closure of all Chilean thermoelectric plants before 2050-, Ramiro Bustamante assures that the effort must be greater and that the optimal thing is to do charge of installed industries that release other polluting materials, such as heavy metals and oil. “The sacrifice zones are ethically unacceptable due to the social consequences they bring and that, in the first instance, affect human health and generate poverty. And furthermore, its existence bears no relation to the most modern conceptions for the conservation of biodiversity”, comments the academic from the Department of Ecological Sciences of the University of Chile.

A sacrifice zone is a territory that arises as a rational decision to use it for a purpose - for example, economic - and independent of any other social or environmental consideration. Thus, areas with a massive concentration of polluting industries and toxic waste are produced, in a perimeter very close to the population. This idea arose in the United States when the decision was made to "sacrifice zones" for nuclear radiation experimentation at a time when it was strategic to have an atomic bomb soon during World War II. Later, the concept continued to be applied to concentrate industrial activities in areas with undoubted logistical advantages.

“That there are slaughter zones in our country is really macabre because the opinion of the population that lives in these areas is not taken into real consideration, being perfectly aware of the environmental and public health damage that occurs. In the case of Quintero, what we see there is an attempt to maximize productive activity, in a place near the sea where fuel and oil can reach to produce energy, and then have a copper refinery for small and medium-sized industries and a port to get these products out of there. However, the impact of these facilities was not evaluated here, transforming this commune into a sacrifice zone,” says the IEB researcher.

Regarding the impact on the communities, Ramiro Bustamante explains that the inhabitants of these areas also see their work activities altered. “Fishermen cannot fish and farmers cannot harvest, because an important consequence is that the contour of these areas is also affected, since the contamination is not contained in that area and spreads throughout the territory to surrounding areas. In Ventanas, for example, the sulfur dioxide smoke that was produced has left its mark on the land, making it very unproductive, explains Dr. Bustamante.

The existence of these territories in towns such as Tocopilla, Huasco, Mejillones, Coronel and Puchuncaví, not only has an impact on a social level, but also on the natural environment, since they are not in accordance with the most modern visions of biodiversity, "which imply conserving, including environments in which cities, industry and agriculture coexist”. Regarding the measures promoted such as decarbonization, the academic points out that these are important in terms of reducing CO2 emissions and, therefore, the greenhouse effect. However, the release of chemical substances into the environment is extremely serious, according to the IEB scientist.

"The effects on vegetation are a serious issue, since it is well known that chemical compounds of metals such as copper, oil and lead, are concentrated in the tissues of plants and animals, affect the respiratory system of people and even produce the death of animals and fish”, assures the academic from the U of Chile.
In this context, one of the problems he warns of is biological magnification, a phenomenon widely documented in the literature. This process spreads the pollutants to all levels of the food webs. “If an earthworm starts eating humus from contaminated soil, then it concentrates contaminants in its body. Then, a bird that eats ten worms a day, by doing this, also accumulates ten times the levels of metals in its body. And if immediately, a predator like the eagle, catches and consumes the bird, then the concentration of toxic substances in its body also increases and therefore, the damage to this species will be much greater”.

What measures could be taken? Land use planning is a land use strategy that could solve these serious pollution problems. This, through new agreements that allow defining roles for different areas of the country, establishing more optimal forms of coexistence between nature, populations and road structure. “If we advance in this line, we could avoid numerous damages. And for this, it is important that scientists, politicians and businessmen, we can sit down to dialogue and decide how to manage the land, defining which geographical areas are for industrial production, but under certain conditions that prevent the installation of sacrifice zones. The idea is that the industry produces the least possible amount of waste and if it does, that it can transform it into harmless elements. The technology exists to do it. There are also examples in the world, as in other more developed countries, that do not have sacrifice zones and where the concept of biodiversity conservation is embodied even in the flower pots of the houses”.

Perhaps, indicates the scientist, the currently existing discussion spaces, regarding the social movements that are taking place in our country, do not give the opportunity to reflect on what kind of country we want from an environmental point of view and we can incorporate in the agenda the issues of biodiversity conservation and economic development in a context of sustainability.